Skip to content
You are here
Home > Science & Technology > What are concrete trowels?

One of the necessary equipment that facilitates and allows for more accurate execution of works during construction is a concrete trowel.

Concrete – an indispensable product in construction

Concrete is a product that no construction can do without – it is used to make foundations, floor screeds, erect walls and ceiling constructions. It is a very durable material, resistant to many external factors, and also ensures stable anchoring of vertical elements. On an industrial scale, a ready, mixed product is used, delivered from concrete plants with special concrete mixers and poured onto the prepared substrate. 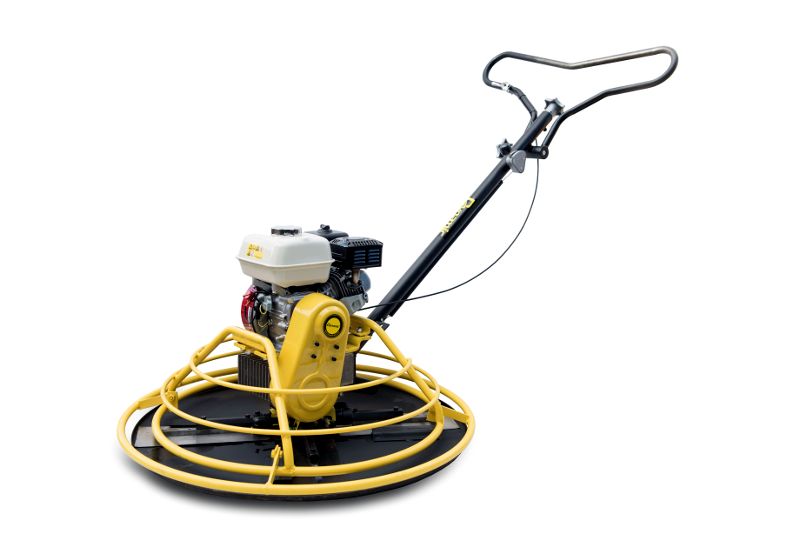 Poured concrete after hardening does not always create an even surface, and sometimes it is necessary to add additional ingredients to the poured product, strengthening or improving its structure. Concrete trowels are used for this kind of operation.

Diesel power trowels run on liquid fuel such as diesel oil, have sensors that turn off the engine in the event of its low level, thus preventing a serious breakdown. Trowels of this type can only be used outdoors or with open walls.

Electric power trowels are moved by an electric motor connected by a cable directly to the power outlet. Devices of this type can work in rooms limited by walls, but with the possibility of ventilation of the room.

The size of the devices is important – smaller, manual, they can work in a space limited by partition walls or other installations, and these are usually mechanical trowels, operated by the operator. They are used to float a stable concrete surface, smoothing it and cleaning it from undesirable residues. Some models can be used on surfaces not completely solidified, which allows rubbing a preparation that improves the hardness of the formed substrate.

Self-propelled devices are used on very large surfaces, completely solid, and their task is to smooth, rub in preparations and preserve hard concrete in production halls, warehouses or on bridges. They are power trowels with very large working elements, they have a self-propelled drive controlled by an operator sitting in the device who directs them to the appropriate places.

Concrete trowels have replaceable smoothing blades, the ability to adjust the height of the operator’s seat, various sensors, safety switch, movable steering column, and a protective basket, preventing the blades from hitting the walls.